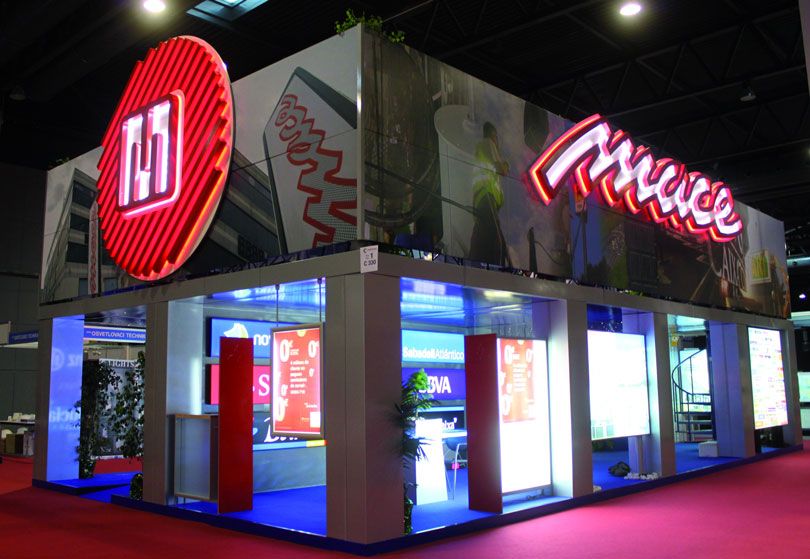 Rótulos Mace exhibited all their capabilities at Construmat

As at every edition, Rótulos Mace installed their stand at the Construmat Trade Fair. This year the event took place from 22 to 24 May at Gran Vía Fira 2, Barcelona.

The event brought together the elite from the construction and building materials sector. It is an indispensable appointment for Rótulos Mace and they have not missed any editions. As usual, at this year’s event, Rótulos Mace had the privilege of receiving clients, friends and prospective clients during the four appointment days. In addition to being a business space for exchanging views, it became the ideal scenario for Rótulos Mace to entertain all those who had been their raison d’être throughout the year: customers and business partners.

Construmat 2013 allowed showing customers – current and potential – everything Mace can offer in the field of signage and corporate identity. Their capabilities range from the external image of tardemarks and companies to the interior design of spaces, covering signage requirements, merchandising and customer brand image.

Mace added one of their main assets to their extensive range of services in the signage and corporate image sector: their manufacturing capacity, so they can provide a complete service without relying on third parties, both for installing signs and implementing the corporate image of companies.

Mace presented all these issues to their visitors during the 2013 Construmat Trade Fair. 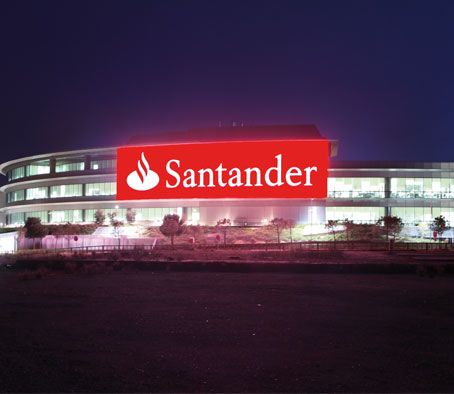 The sign measures almost forty metres long by eight high, with a depth of 50 cm. Fixed without using any holes or welding to 72 pressure-anchored base brackets. However, the feature that makes it unique is its curvature, which adapts to the elliptical profile of the façade of the Santander Bank financial city. That aspect makes it the world’s largest in this category, as stated in reports sent to Rótulos Mace by Aserluz Spain, 3 M International and Guinness World Records. 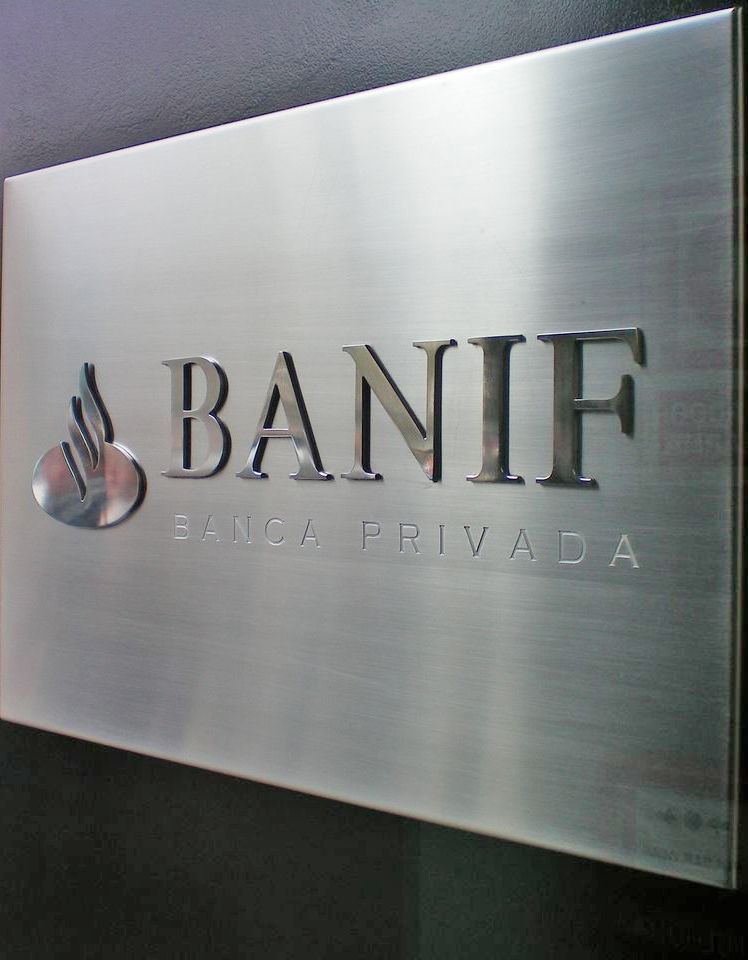 On 6 May last, all the Banif offices woke up with their new trademark: “Santander Private Banking”.

The Rótulos Mace staff worked hard over the first weekend of May to proceed with changing the name at 18 of the old offices of the former private banking subsidiary.

Now, an elegant line, compatible with the status of the financial institution, identifies the offices of Santander Private Baking which, for the first time, has private banking offices at street level. This is due to having inherited the Banif ones, held throughout their 50-year history.

Rebranding Banif is part of the Santander Group acquisition process of Banesto, which also updated the image of the financial institution by adding its logo. 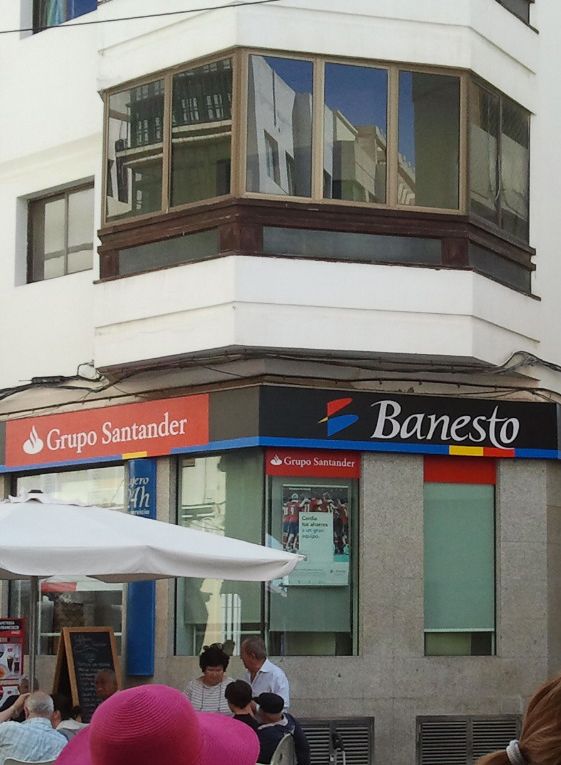 The operation, in which the Santander Group acquired the whole of Banesto, culminated in December 2012. This entity already counted on 90 per cent of the capital since 1994.

In this case, the Santander Group decided to refresh the brand image in all the former offices of the absorbed entity, which required the services of Rótulos Mace.

Therefore, more than 600 of the former Banesto offices now bear, along with its trademark, the Santander Group logo that Rótulos Mace installed.

Rebranding began with studying former Banesto offices, one by one, to design the new image placement, following the guidelines issued by the new owner for the update. This task meant two weeks of hard work for the Rótulos Mace technical and design team.

Then, after the manufacturing process, which lasted for a month and a half, rebranding was undertaken simultaneously in only one weekend at 600 offices. Once again, Rótulos Mace could complete this task thanks to their technical and logistical capacity throughout the whole of Spain.

Updating the brand included signs, totems, banners, cash machines and posters in general, so that the Banesto image was not removed and long-term customers could recognize it, but the Santander trademark was added to become familiar with this new name. 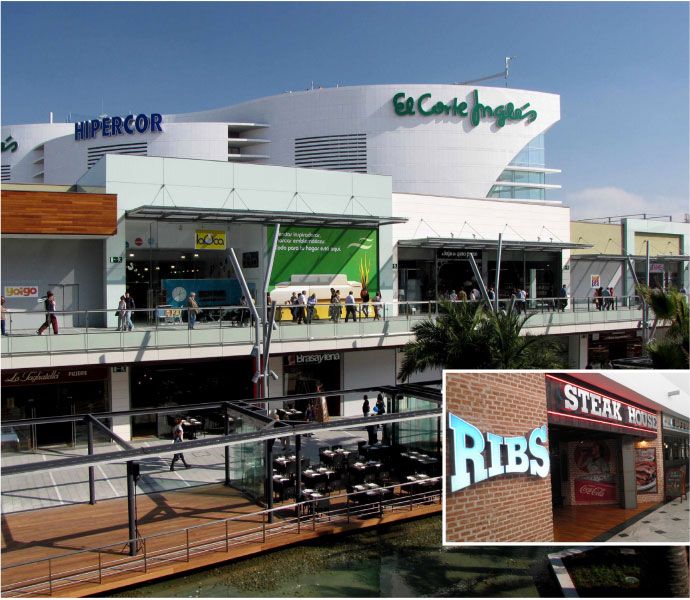 In accordance with Law 34/2002 on Services of the Association for Electronic Information and Commerce, in force from 12 October 2002 and Organic Law 15/1999 of 13/12/1999 on the protection of personal data, we are obliged to inform you that your e-mail address is now listed in our distribution database, as part of an automated file to continue providing you with releases, product information, prices and offers, etc. You receive this message because your e-mail address is now listed in the database of Rótulos Mace S.A. and it has been lawfully obtained from open sources, in accordance with Organic Law 15 13/12/1999 on data protection, Title II, Articles 6 and 11-2b; Chapter II, Articles 28-3 and 30. If you do not wish to receive further information, you must notify us.